Thanks for your interest[edit | edit source]

The Video Intro Segment Project is MOMA's first major project to be undertaken using remote collaboration. This page is an attempt to bring together the necessary information and online resources that will be necessary to enable people to collaborate on the project from wherever they are situated on the planet.

The aim of the Project[edit | edit source]

The aim of the Video Intro Segment Project is to create a short, catchy and impressive video segment that can be edited into the start of all the official MOMA videos in order to (1) identify them as MOMA videos, (2) to give a sense of what the Museum is, and (3) to convey a spirit of place so that the viewer feels that they have arrived. 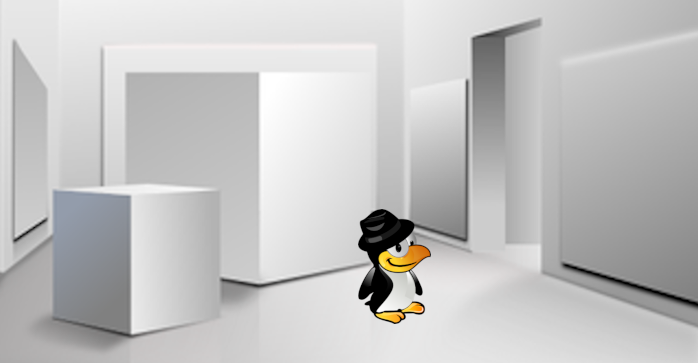 My first idea was to start with the stylized gallery image that adorns the landing page of this wiki, as I stared at it I thought of Tux the Linux mascot penguin, and how cool it would be to honor and promote Linux which I see as the foundation of the Free Open Source Software (FOSS) movement - something that is so dear to me hear and my politics - to me it epitomizes community empowerment in the digital age.

As I went on to research Tux I came across the video below, have a look:

Čeněk Štrichel's 2008 animation "Killer Tux ( Linux vs Windows )" is awesome, and it really inspired me to think about 3D animation as a possibility. I have emailed Čeněk to see if he might be interested on collaborating on the project, but have not yet received a reply. Recalling how well FOSS teams organize themselves to collaborate remotely online in order to build software applications, I thought it would be worthwhile trying to take a similar approach to make a short animated movie.

Even though I don't have the capacity to learn 3D animation software myself, I do have lots of other useful skills I could bring to a creative team, so I decided to attempt to bring together a team. I went on to storyboard some ideas which I thought might kick-start the creative process, however, please understand that I am open to exploring any ideas that will achieve the project's aims.

Retrieved from "https://wikimoma.art/w/index.php?title=Video_Intro_Segment_Project_Page&oldid=823"
Cookies help us deliver our services. By using our services, you agree to our use of cookies.